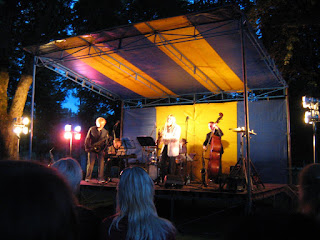 On Thursday we had a lecture about God know’s what, and a lovely tour of the city dump and recycling center. I would have to say that it was the most painful 2 hours of my lectured life thus far. I’m not even sure what this guy was talking about but the title was something about urban development in Estonia. Thankfully I wasn’t the only one who didn’t know what was going on so we all got to gripe about it afterward together.

Our tour of the recycling center was better. It’s great how well they recycle everything here. Their goal is to be like Germany where nearly everything is recyclable and there’s hardly any waste. I suppose things like that are easier on a smaller scale. I would love it so much if the States made recycling mandatory or at least more accessible. It’s rare to see public recycling bins except for paper bins in most offices and university buildings. I don’t even know how to recycle in Houghton. I think you have to take it to a special place that I don’t know how to get to. The Estonian landfill however, was very much like any landfill in the US, except a billion times smaller but still smelly and really gross, covered with dirt and seagulls.

At night, Brittany, Amber and I went to have a drink and watch a local rock band play at a café. We of course were joined by three random Estonian guys, one who ended up being the son of the lead band member and has a band of his own. As usual, we were all pretty creeped out (since up to then, we had not had good luck with random guys talking to us at bars and clubs) but they turned out to be pretty normal and not too creepy. I managed to get a good deal of information out of them about Estonian culture. For example, male homosexuality is very unaccepted here. I was somewhat not surprised to learn that but it still makes me sad that there are still people in this world who will act violently towards someone just because of their sexual preference.

Anyway, after the café we attended a jazz concert at the local high priced venue for classy events.  My dad would have loved it. It was the kind of jazz you hear on NPR in the middle of the night when no one is listening. Not really my style but to each his own. Nevertheless it was fun to watch Estonians play American improvisational jazz at this beautiful villa. With something like that, it kind of doesn’t matter if you don’t like what’s being performed. I enjoyed the atmosphere so much it really didn’t matter. 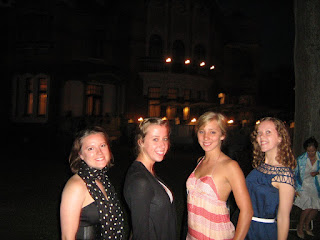